Status quo of ADR in Iran: how deep is it enrooted? 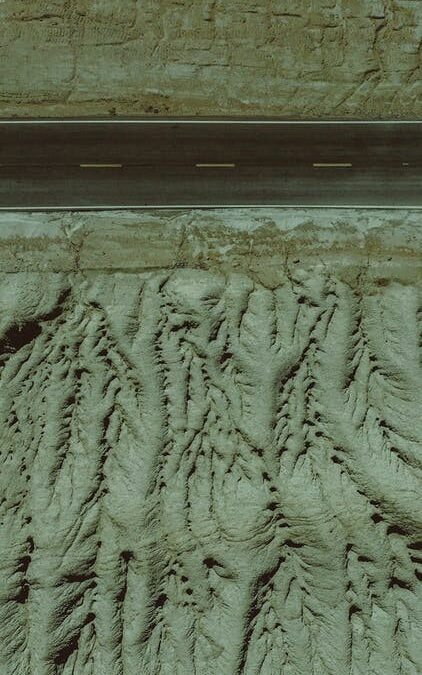 Participant in the International Mediation Training at IM Campus

While today all methods of ADR have been developed globally competing with litigation at courts, the 21st century has been most favorable to arbitration as an alternative dispute resolution mechanism. Iran, not being an exception, has experienced the same.

The goal of this Brochure, is to provide foreigners an overview of most used ADR methods in Iran. It does not aim to enter the debate whether or not arbitration is categorized as an ADR method, hence merely reflecting the current state of affairs briefly. To that end, Arbitration will be discussed first, as the method on the top of the list. Thereafter, conciliation will be covered (II); followed by mediation at the end (III).

I.   Arbitration in Iran

Like some other countries, Iranian law makes a distinction between domestic and international arbitration. The effect of such distinction is the application of different set of rules and laws resulting in a discernible impact to the outcome of the process. The first part will discuss the characteristics of each kind of arbitration in Iran and spell out the applicable procedural law to each one (A). Subsequently, the focus would be more on international arbitration under Iranian law from the beginning -where the parties are intending to draft an arbitration clause- to the end – where the recognition and enforcement of an issued award is sought-. Hence, the second part will define the requirements of an arbitration clause/agreement to be effective (B). The third part will point out the pattern of determining applicable law to the merits of a dispute. This is extremely important because if the requirements for an arbitration to be “international” are not met, then Iranian law imposes heavy restrictions on the will of parties to determine their own law (C). The fourth part will indicate some important matters which may happen before or in the procedure of arbitration such as court intervention and interim injunctions (D). Finally, the fifth part will illuminate the destiny of an award rendered under Iranian law. That may be a request to the court for nullification by the losing party, while the other party may recourse to the same court for its enforcement (E).

One point must be raised here. Iran is a contracting state to Convention on the Recognition and Enforcement of Foreign Arbitral Awards (New York Convention) since 2001. However, it has reserved that it will only recognize and enforce “commercial” foreign awards. Therefore, being international alone, is not sufficient to gain the benefit of the Convention. In order to figure out what constitutes a commercial activity in Iran, resort shall be made to Art. 2 of ICAA and Arts. 2 and 3 of Commercial Code of Iran.

B.   requirements of an arbitration clause/agreement to be effective.

Although the requirements of a clause to be valid and effective are dependent on the lex loci arbitri, many matters such as capacity, offer and acceptance, consideration (especially under common law systems), mutuality and etc. are more or less similar in many jurisdictions and are covered in full in academic text books. Therefore, what this brochure is to focus on, is a more important matter particularly for foreigners who want to make investment in Iran or work with Iranian companies jointly which is ADR for governmental disputes. This matter holds extreme importance because Iran’s economy is governmental in major parts. It doesn’t matter how private they may appear from the outside, many major corporations in Iran involve government.

Art. 139 of Iranian Constitution, states that: “The settlement of disputes concerning public and governmental property, or its referral to arbitration in any case, is subject to the approval of the Council of Ministers and must be notified to Parliament. In cases where the counter party is foreign, and in important cases, it must also be approved by the parliament. Important matters are determined by law”. This matter is also mentioned in Art. 479 of CCP.

Therefore, as an additional condition for an effective arbitration clause/agreement with a state- owned company, one must have in mind the approval by Parliament of Iran. As an instance, in the judgement No. 9109970221501395 issued from Branch 15 of the Appeal Court of Tehran, an arbitration award was annulled for the very same reason.

Nevertheless, as a first impression, one may quickly conclude every state-owned or involved company would be requiring the condition mentioned above. Nevertheless, acta jure gestionis shall be distinguished from acta jure empirii. It has been said that governmental corporations which are involved in trade, in a sense that every merchant is able to do the same, do not fall under the ambit of Art. 139 of the Constitution. Judgments No. 9309970221500640 and 9109970221200842 both rendered in Appeal Court of Tehran, invoke to above contention.

C.   Applicable law to the merits of a dispute

The distinction between domestic and international arbitration cases described above in part A, plays a significant role in determining the law applicable to the merits of the dispute. This is owed to the fact that under Art. 27 of the ICCA, the arbitrator shall decide the matter in accordance with the rules of law chosen by the parties. Determination of the law or legal system of a particular country shall, in any case, be construed as a reference to the substantive laws of that country. Rules of private international law will not be subject to this provision, unless the parties have agreed otherwise. Therefore, it can be seen that Iranian law respects parties’ choice of law in international arbitrations. In case the applicable law is not determined by the parties, the “arbitrator” will consider the law which he deems appropriate according to the private international law rules.

No consensus can be reached when it comes to court intervention in domestic arbitrations under CCP. Exploring case law also highlights the divergence. Nonetheless ICCA has clearer rules on the point determining when exactly a courts assistance may be sought. The same goes for interim injunctions. While CCP is silent on the matter, ICCA explicitly allows the arbitrators to issue interim injunction. One question raised here is to whether consider a request for security an interim measure or not. The reason for such question raising, is the difference CCP introduces between the two and since CCP is a latter Act, it is better suited with the will of the law makers.

Another point to have in mind when it comes to court intervention, is the separability of arbitration agreement which is more controversial under CCP. Because in domestic arbitrations, in case the validity of the contract containing arbitration agreement is in question, then the court has to intervene to determine its validity and only after the court figures out the agreement was valid, an arbitral tribunal may form. This matter is solved under Art. 16 of ICCA, recognizing both separability doctrine and competence-competence principle.

E.   Setting aside or enforcement of arbitral awards

As mentioned, Iran is a contracting party to New York Convention 1958 since 15 Oct 2001. Nevertheless, enforcement of foreign awards falls outside the ambit of this brochure for the readers will easily find numerous commentaries on its provisions. To this we should add that Iran does not apply the convention to awards rendered in non-contracting states and the domestic rules regarding enforcement of awards is much more different than the convention and Uncitral Model Law.

The distinction between international arbitration and domestic arbitration which played a crucial role in previous sections, is not illuminating here. This is given to the fact that although Iran has adopted Uncitral Model Law in most parts, it has changed Art. 35 and removed Art. 36 (which are regarding enforcement of awards). The new Art. 35 of ICCA stipulates that arbitral awards rendered under this Act will be recognized and enforced under the Act on Enforcement of Civil Judgements (ECJ). Hence, whether an arbitration is domestic or international doesn’t make any changes, unless it is a commercial foreign award rendered in a contracting state to New York convention.

Finally, according to Art. 36 of ICCA, in case bilateral or multilateral agreements exist with Iran and other countries, the latter shall prevail as to the enforcement of arbitral awards. As a result, in a case-by-case basis, the nationality of the parties may play an important role on the procedure of enforcement.

The basic grounds for challenging an arbitral award are quite the same under both CCP and ICCA. Except to the fact that ICCA has added some grounds to Art. 36 of Uncitral Model Law (in Arts.۳۳ and ٤۳ of ICCA). In total, there are ۳۱ grounds under ICCA based on which a court may elect to refuse recognition or enforcement of an arbitral award or set it aside.

One must take it into consideration that if we are dealing with a domestic arbitration, then under CCP, there is time limit to bring a challenge against an arbitral award and it is restricted to 20 days.

Arts. 178 to 193 of CCP allows for conciliation regardless of the fact that the parties already have a litigation in process. Conciliation under Iranian law is rather used in a broader term than the usual definition and is indeed recommended under many by-laws. Pursuant to Art. 186 of CCP, anyone can request a court (as the conciliator) to invite the counter-party and endeavor to sort matters out without any formal suits. This invitation to peace, is incredibly cost-effective and free from formalities. Under Iranian law, conciliation is possible in 3 ways:

۱. By interference of the judge as conciliator at the request of one party;

۲. By interference of a private conciliator chosen by parties themselves; or

۳. By mere agreement of the parties without interference of a third person which leads to a compromise.

Nevertheless, one has to bear in mind that in all 3 scenarios, the outcome of the conciliation is not mandatory for parties unless it results in a so called “compromise” between parties which can be interpreted as a contract between them. For more security, parties are allowed to legalize their compromise at a notary office giving the compromise more authority to rule among them. If, however, no compromise is reached, then neither party is forced upon any action towards the other. Lastly, subsequent to CCP, an Act was passed by the parliament titled “Dispute Resolution Councils Act” which created a new governmental entity under Judiciary’s control. These councils are entrusted with small claims and one of their mandates inter alia is conciliation between parties. Therefore, the judge before whom conciliation may be requested, is no more a judge of first instance court. Rather he would be a judge from one of the mentioned councils.

There is no act under Iranian law directly pointing out mediation. Nevertheless, one can safely conclude that since conciliation is vastly encouraged in Iran, mediation is also possible. Iranian courts are overloaded with cases when it comes to numbers, making it a favour to Judiciary if parties can resolve their own dispute somewhere else. More than that, Art. 10 of Civil Code sets out that: “private contracts are valid between parties who concluded them, unless it is explicitly against the law”. The last phrase of the Art. (being against the law) is interpreted as mandatory law and public policy which unequivocally does not incorporate mediation except in exceptional circumstances. Other than that, parties shall not face any difficulty in referring their disputes to mediation. Even UNCITRAL notes on mediation may be directly applied as contractual terms. Currently, there are only a few institutes providing mediation services such as Arbitration Center of Iran Chamber of Commerce also known as ACIC in Iran.