How to facilitate a bargaining phase when ZOPA is hardly there, or what to do if each party strives for the biggest share of the pie? 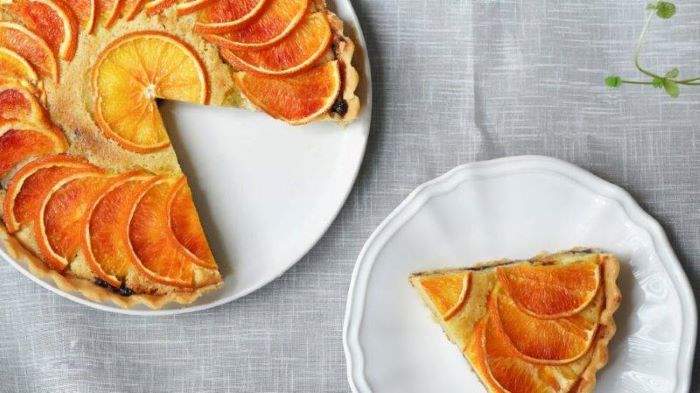 Commercial mediation is typically aligned with the emotional bargaining phase.  One of the key elements here is identifying a zone of potential agreement between parties, known as ZOPA. Theoretically, if a gap between what is claimed and what is offered is too large, i.e. there is no ZOPA between the parties, mediation is not worth proceeding and is about beating around the bushes and playing each other’s time. The conclusion that the gap is too large, parties are out of ZOPA, and mediation is not an option to use is not what parties expect to hear, especially if they see potential in mediation.  The core issue is to understand what is this gap about. Is it about ambitions? Or maybe it’s about one party’s desire to somehow punish the other party? To demonstrate who rules the show? To reveal something that could not be spoken out earlier? The moment clarifying the reason influences negotiation dance a lot, making it more and more rhythmical. In real mediation contexts, the flexibility of the process helps not only in identifying ZOPA but also in bringing parties to it.

What I find helpful is working in caucuses not to overwhelm parties by making concessions in each other’s presence and high emotions in this regard.

A mediator does not influence or judge parties’ claims and offers, whether they are too large or too small. However, a mediator may establish a common understanding of why and what for a certain amount of money is claimed/offered. Sometimes the biggest piece of pie grasped is not manageable afterwards. Mediation is about getting not what is wanted but what is needed and manageable. A good question to start with is how a requesting party came up with the amount claimed. In my practice, once I got the answer that it was not my business. According to the party, my business was “to help them get this amount of money”. My question was not just idle curiosity. To facilitate the mediation process effectively, I need to explain why the requesting party claims this particular amount to the other party, and I cannot provide it without being aware of it. When a party claims millions and cannot explain its mathematics, the other party will hardly take this claim seriously. The more information the other party receives through a mediator about the figures, the more chances to get an attractive amount a requesting party will have.

Below are the questions I use if relevant when it is a commercial mediation case:

1)   What does this number mean for your party, and what does it potentially mean for the other party?

2)   I am sure you are aware of what mediation is about, and that is why you are here. Now please help me to understand what this move/gap is about?

It is helpful to visualize the bargaining process to show natural progression moving parties from primarily “fixed and non-negotiable” numbers closer and closer if not to each other but to reaching an agreement, for sure. Using visual techniques fixing parties’ moves on the flipchart or whiteboard motivates them to come to a mutually acceptable amount.

When parties get stuck in an impasse and do not want or cannot move, I use a technique combining bracketing and visual trick. I divide the gap into two parts by the average numbers in brackets (highlighted in green): the left is closer to what a requesting party claims, and the right side shows what the responding party offers. Sure, you may indicate a firm figure in between, which is $3,875,000 here. Still, even using elements of the evaluative approach, in my view, it is essential to leave room for manoeuvre and allow them to decide what exact figure will be acceptable for both. Visually it looks like this:

Then I ask the following questions:

1)   What option is preferable to you? The most likely answer is the option close to its own side (highlighted in red).

2)   What is your assumption on the other party’s point regarding your option? The most likely answer is that they will not accept it.

3)   Are there any other potential options? And here, parties see at least two of them: an option closer to what the other party is ready to offer/claims and a figure from the brackets.

4)   Which option you would like to explore? Most likely, the second option in brackets highlighted in green is more interesting. Compared to an option highlighted in red and close to the other party, it is closer to each party, which is visually apparent.

5)   Now I am here in your room, and power is yours. You can see that there are options to explore. You decide to move or not. What is your decision?

It is not a one-size-fits-all technique, but it could help in some circumstances when, for instance, a party’s reluctance to move is motivated by ambitions or negative emotions. The technique helps to shift from the emotional side of negotiation to its essence. Visualizing clarifies the bargaining phase and ease it to some extent because verbal ping-pong usually goes no further than words. Given that the number of people on the planet who are visuals varies from 60% to 80%, the visually presented information is much more effective and apprehensible. When the process is fixed and visible, parties are on the same page about what is going on. 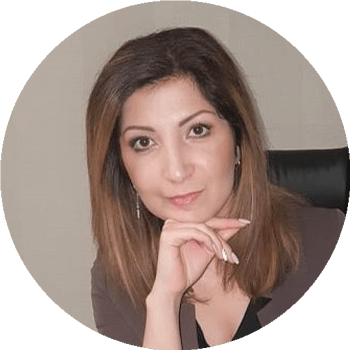 Kyrgyzstan
She has been practising mediation in commercial, labour, organisational and family business disputes for over 10 years. She has tremendous experience in mediation and negotiation with international organisations. Fellow of the Weinstein JAMS International Commercial Mediation Programme (2018, USA).
View profile 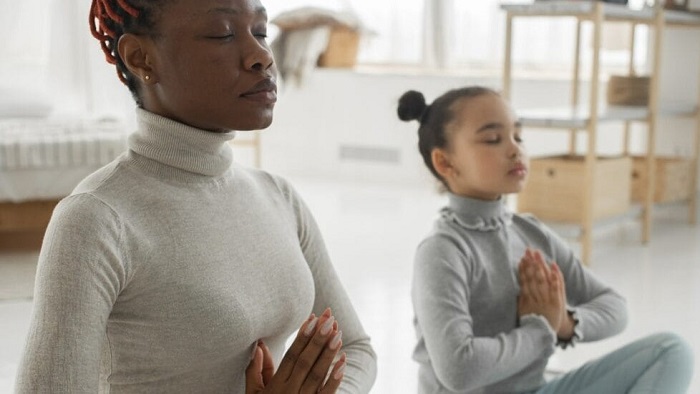 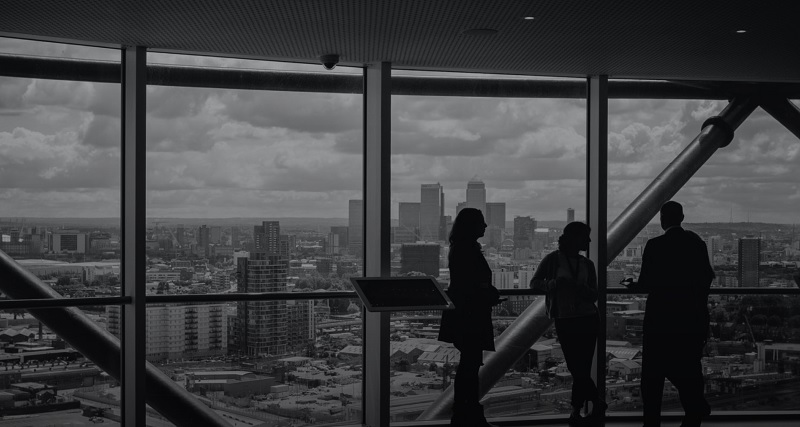 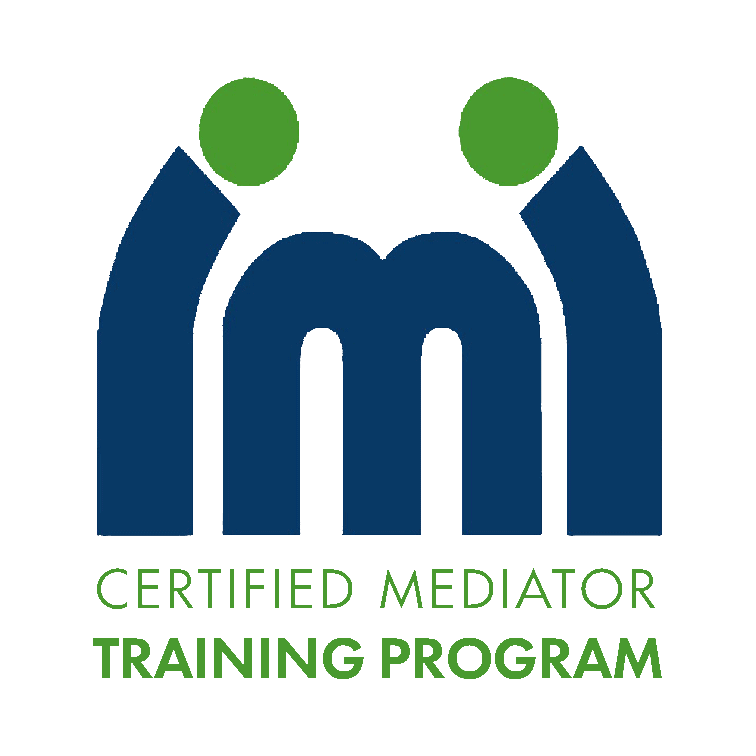 Why get certified with
International Mediation Campus?

International Mediation Campus (IM Campus) is the leading institute for online Mediation and Alternative Dispute Resolution Training, based in Europe. At IM Campus, our courses are part of the CONSENSUS Campus Program, which is recognised as meeting the quality criteria set out by the International Mediation Institute (IMI) and has been granted dispensation by the IMI to deliver its existing approved mediation training online. 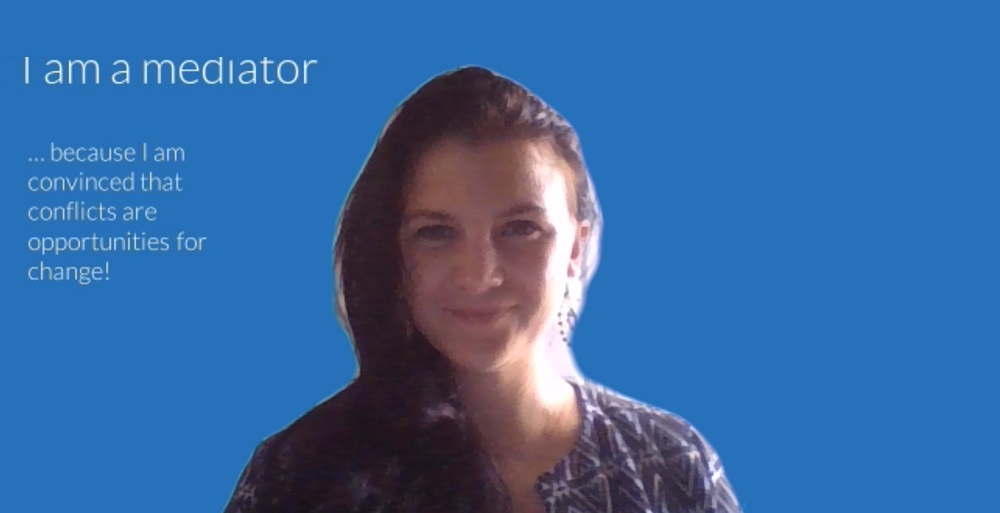 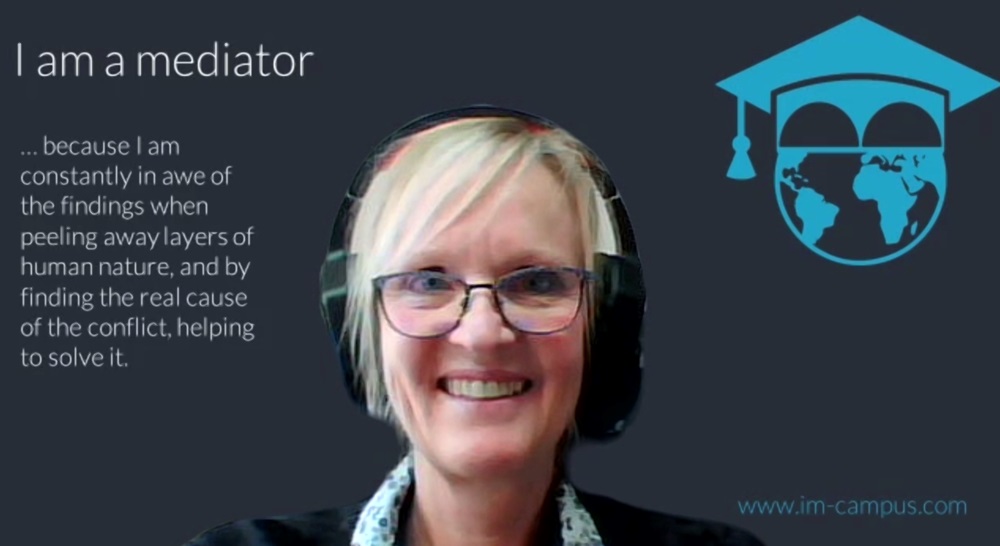 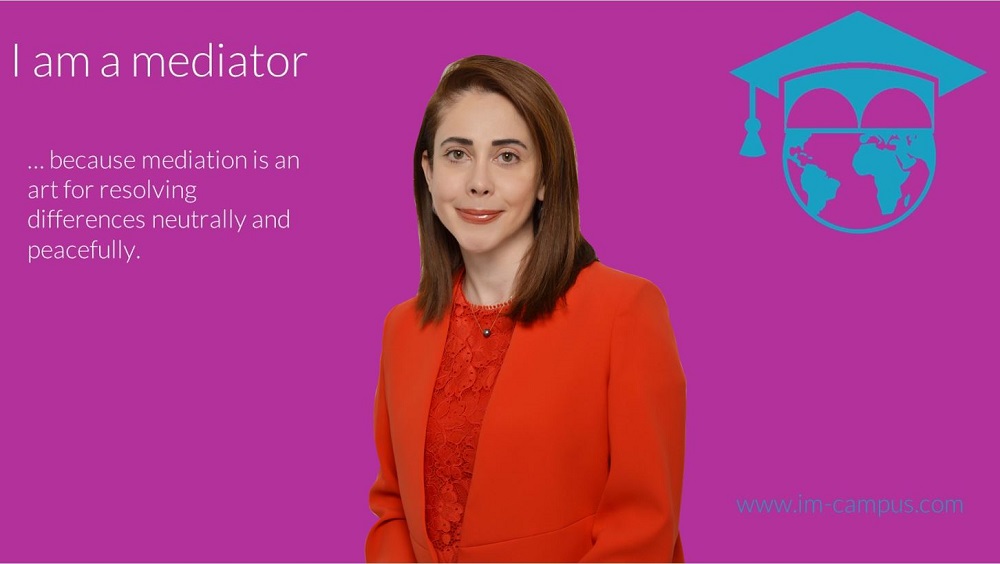 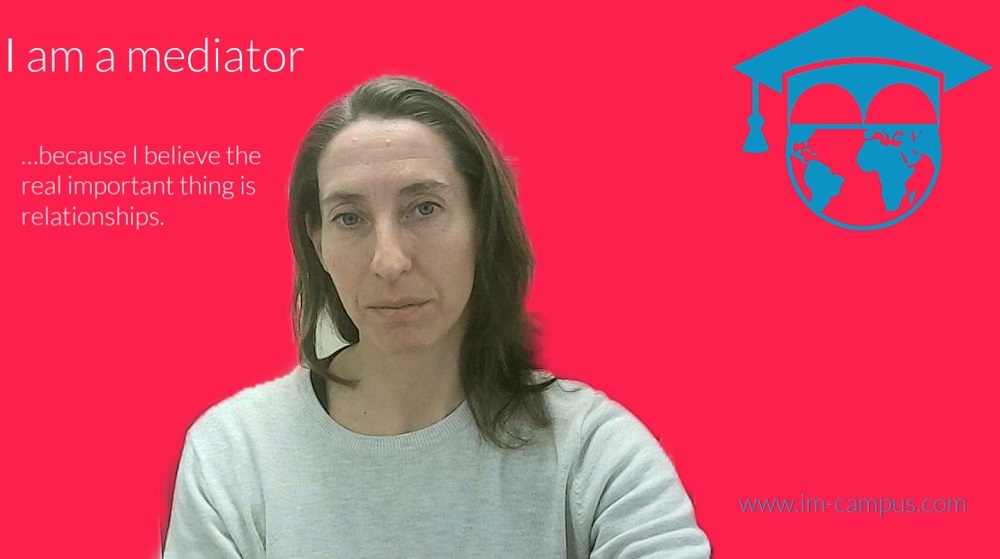 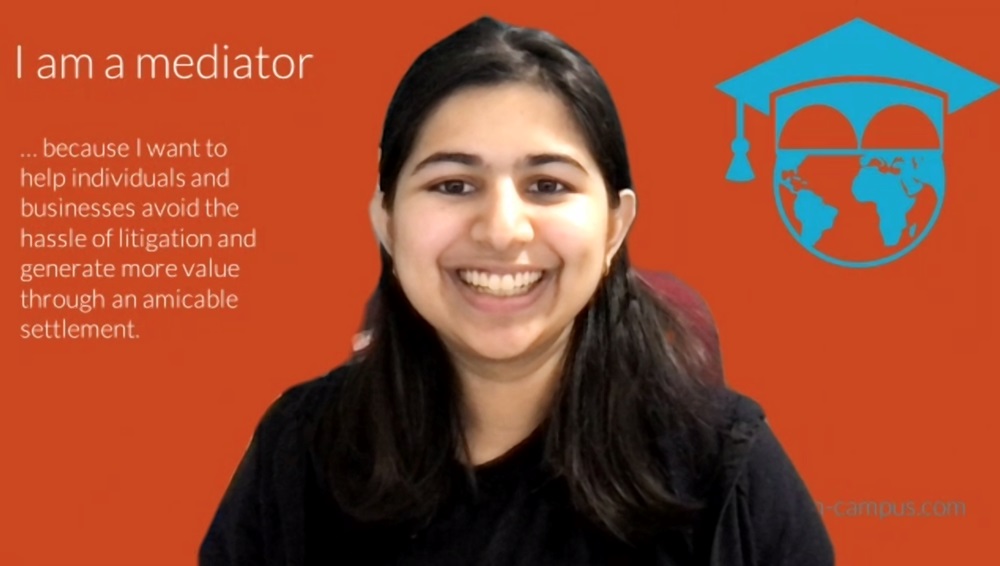 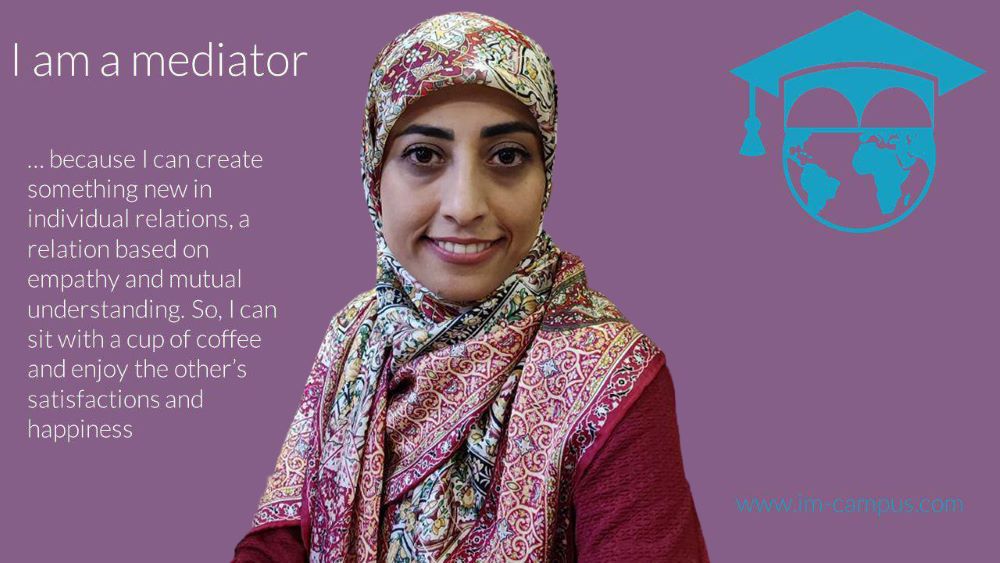 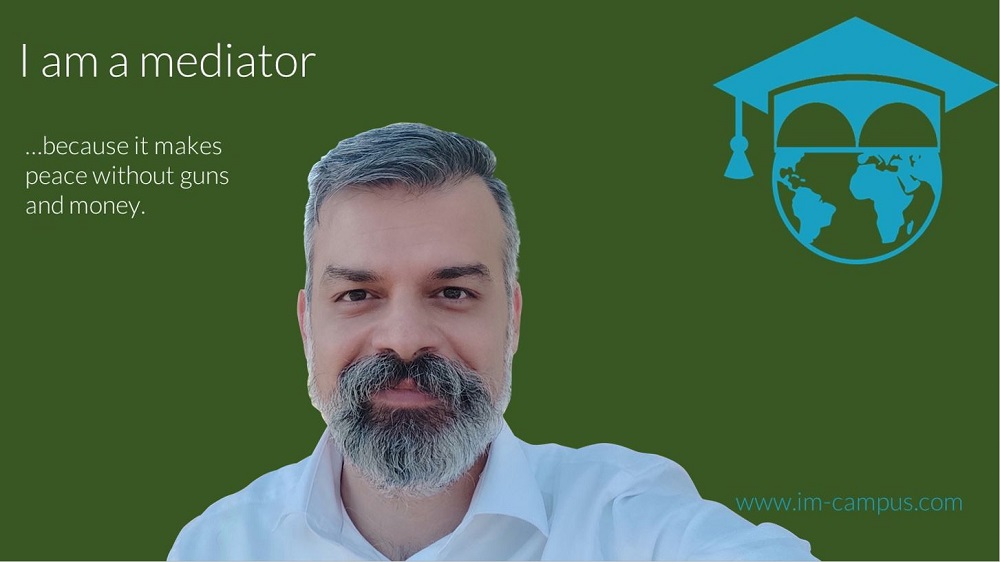